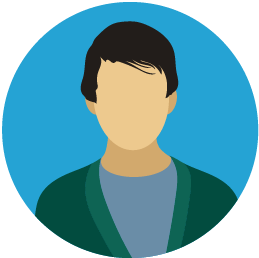 Your septic tank does more for you than you realize. Without it, and without a public sewer connection, you wouldn't really be able to have a toilet or running water in your home. So, what does your septic system ask from you in return? It asks that you are careful not to put too many harsh chemicals down your drains. It asks that you only flush septic-friendly toilet paper. And it asks to be pumped out every now and then. That's about it! Read more about septic services here, and you'll know all that you need to know to be a good septic system owner.

On average, American families do 300 laundry loads each year. Because washing clothes is a task you can't evade, you can damage your septic tank over time if you're not careful. For instance, the wrong detergent can significantly compromise your septic system's performance.

Some laundry detergents contain harsh chemicals like ammonia, chlorine, and bleach. While these detergents effectively kill germs on clothes, you should avoid them if you have a septic tank. Such detergents kill the good bacteria in your septic tank, which causes solid waste to build up inside the tank. The result is nasty sewer backups and clogged drains.

As you choose a laundry detergent, keep your septic tank in mind and only choose liquid detergents with natural ingredients. Steer clear of powdered detergents because they don't dissolve completely in your washer. Worse still, powdered varieties contain fillers and clay that eventually clog your drain lines.

Lint is the fine fibers around your clothing. When you load your washing machine with fabrics of different materials like linen, wool, and cotton, the friction tends to generate lint. Laundry lint hardly breaks down, so your pipes will block if you drain lint into your septic system.

To prevent blockages due to lint buildup, install lint filters to your washer's discharge hose. The lint filter traps lint before it goes into the septic system. Still, the filter can fill up, and the lint will escape into your septic drain lines. So, clean the lint filter as often as possible, depending on the average number of laundry loads you do each week.

Most families have a designated weekday when they do laundry. Consequently, too much water gets flushed into the septic pipes within a short time. This habit overburdens your septic tank because it doesn't have sufficient time to treat waste properly. As a result, your soakaway structure fails, and sewer backups follow.

You should spread out your laundry loads over longer periods (across several days a week) instead of doing a week's laundry in one day. Alternatively, you can do one load in the morning and another at night. This strategy gives your septic absorption system enough recovery time between washes.

Also, to limit water use, upgrade to an efficient washing machine. In fact, some units only use 15 gallons of water. So, you can do more laundry loads without impacting your septic tank negatively.